Below you can read about Iceland's climate, the average weather conditions in Reykjavík and Akureyri, and what to expect on race day. 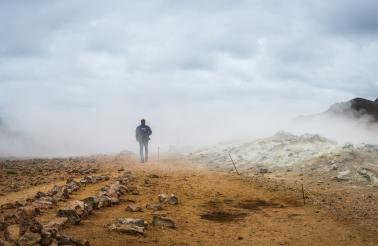 The climate in Iceland is classified as "subarctic" in the southern coastal areas and "tundra" in the interior highlands. The climate is subject to a number of influences, such as the North Atlantic Current, the Gulf Stream (Irminger branch), and winds from the North Pole, among others. The result of these competing forces is rapidly changing weather - a day can go from bright sunshine to a snowstorm in a matter of minutes. Wind speed, precipitation, and temperature are all subject to abrupt and dramatic changes, and thus one must always be prepared in the Icelandic climate.

In general, the climate is rather cold, and although winters are long they are more mild than one might expect thanks to the mitigating effects of the ocean and southern winds. Summer stays cool throughout Iceland. Latitude-wise, the mainland of Iceland is a few degrees shy of the Arctic Circle, so although the midnight sun does not officially make an appearance in the summer, the sun barely dips below the horizon in the middle of summer. This twilight period is known as the phenomenon of "white nights" - while the sun is below the horizon, the sky is still lit.

See the average temperatures and precipitation per month below in the tables. 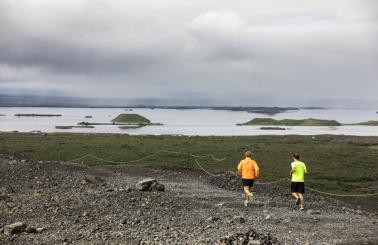 Generally, one should expect the weather in Iceland to be windy, cloudy, and cold. Anything else is a pleasant surprise! The wind is perhaps the most challenging factor - the North Atlantic wind can be brutal and unpredictable, with gusts seemingly coming from every direction. Thunderstorms in Iceland are very rare, and the area around Akureyri has the least precipitation in Iceland, but there is still a good chance of rain (at least for some portion of the race). Runners should come prepared for a little bit of everything!